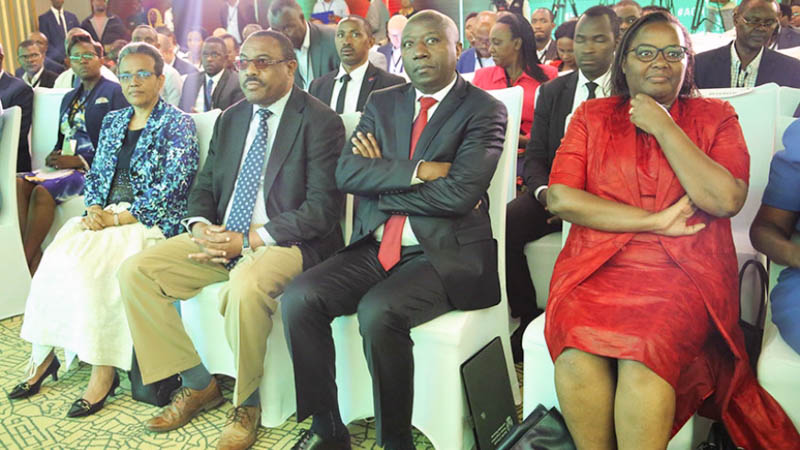 Without changing the approach towards the efforts to end hunger, Africa risks remaining as the only continent struggling with hunger in 2030. This is the view from most experts who attended the launch of the 2020 African Green Revolution Forum (AGRF 2020). The Forum, due to take place in September next year in Kigali was launched yesterday.

Expert worry that Africa could still be importing a significant amounts of food by 2030. Considered as the world’s leading Forum for advancing Africa’s agricultural agenda, AGRF is expected to attract a record 4,000 participants, according to its organisers.

Hailemariam Desalegn, AGRF Partners Group Chair and former Prime Minister of Ethiopia, said that eliminating hunger on the continent is being undermined by high population growth and climate change.

“Business and progress as usual is not enough for Africa’s aspirations. Without a change of approach and change of pace, Africa stands to be the only continent struggling with hunger in 2030,” Desalegn said.

“In order to achieve our aspirations laid out in the Sustainable Development Goals (SDGs) and Africa’s Agenda 2063, we must ensure we drive agriculture transformation at the heart of our economic transformation.”

Africa has highest prevalence of undernourishment, at 20 per cent of its population, according to the UN’s Food and Agriculture Organisation (FAO).

Rwanda’s Prime Minister Edouard Ngirente highlighted some key points that Africa should focus on in order to develop the agriculture sector.

“Our African countries need to keep putting emphasis on extension services. This should be done using appropriate approaches such as deployment of skilled extension personnel in farming areas to work with farmers, using farmer to farmer extension services, youth service providers,” he said.

This linkage between research, extension and farmers, he added, will speed up agricultural transformation on our continent. Ngirente said the agriculture sector in Africa is mostly dominated by an ageing population because it remains unattractive to the young generation as a business.

“To attract them into agriculture, there is need to de-risk this sector so as to attract investments and continue empowering youth and other farmers to use technologies that make agriculture a competitive and profitable business,” he said.

He noted Rwanda is honoured to be selected as the host of AGRF 2020.

“Rwanda is fully committed to driving a comprehensive agricultural transformation at the heart of our economic transformation. This is emphasized in our strategic plan for agriculture transformation, which was launched last year,” the Premier said.

Dr Agnes Kalibata, President of the Alliance for Green Revolution in Africa (AGRA) and host of the independent AGRF Secretariat, said; “Working together, we can ensure the policies, programmes, and investments that will transform the lives of millions of smallholder farmers, grow African businesses, and put a good number of countries on the path to a sustainable agricultural transformation.”

Kalibata said facts show that all countries that managed to develop started with significantly investing in and boosting their agriculture sector.

According to information from the African Development Bank, Africa’s annual food import bill is estimated at $35 billion and is projected to rise to $110 billion by 2025 if the status quo remains.

The Bank argues that this situation weakens African economies, decimates its agriculture and exports jobs from the continent.