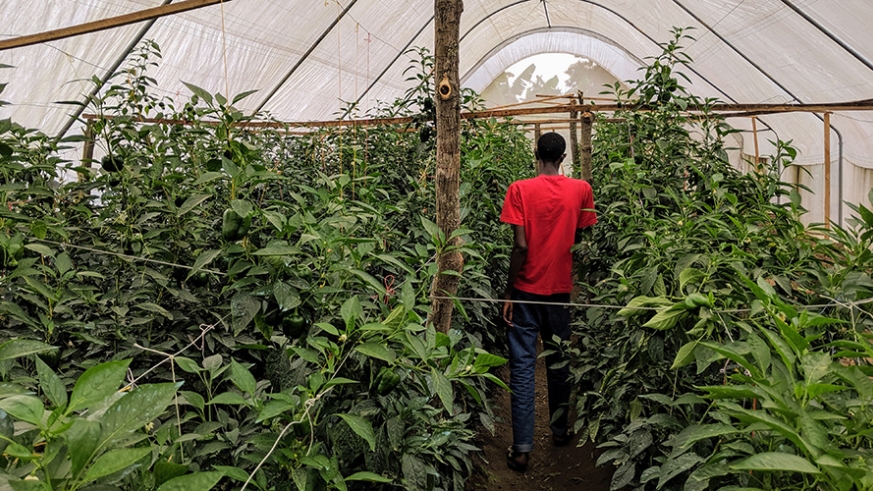 In several countries, governments have switched from subsidizing fertilizer inputs for all farmers, to targeting smallholder farmers with electronic vouchers delivered by mobile phones.

Climate change is already putting huge stress on Africa’s food production systems. And, according to projections, worse is coming.

As Ministers for Agriculture from across the continent gather in Kigali (on August 5-6, 2019) for the Africa Food Security Leadership Dialogue, ensuring a secure and sustainable food supply must be at the center of their minds.

Over the past 20 years, Sub-Saharan Africa’s farming sector has grown faster than anywhere else in the world, with an average 4.6 per cent agricultural GDP growth rate from 2000 to 2018 – that’s 1.4 percentage points higher than any other region.

Thanks to infrastructure advances, such as roads and telecommunications and an increase in farm sizes, farmers are becoming better connected to markets to sell their crops and livestock at better prices and to obtain inputs and services such as seeds and insurance.

But these gains in agricultural growth are being eroded by climate change-induced production shocks that push countries backward.

The large drop in food production during 2015-16 coincided with severe drought in East and Southern Africa and contributed to a rise in the prevalence of hunger across all of Africa - from 18.2 percent in 2014 to 19.9 percent in 2018.

What can government leaders, regional institutions, the private sector and development partners do to ramp up climate adaptation for Africa’s food systems? We see two major courses of action: unleashing the power of science and technology; and improving financing.

More research and development in climate-smart crops, livestock and farming practices are urgently needed to increase and sustain yields. Without this, areas of farm production will keep expanding, further degrading the soils, forested watersheds and landscapes on which food production depends.

We also need to facilitate greater adoption of existing and proven climate-smart technologies.

In places where climate-smart agriculture is practiced today, farmers are seeing increased food security and resilience. In Rwanda, for example, the Land Husbandry, Water Harvesting and Hillside Irrigation project has helped control erosion, intensify yields on existing land and provide greater protection from droughts. Maize yields increased 2.6 times between 2009 and 2018, with even larger increases for beans, wheat and potatoes.

These varieties are being widely diffused to farmers and have raised yields by an average of 30 percent, even with less and more erratic rainfall. In 2014, despite the late onset of rains and with only half the average total rainfall, yields for farmers of improved sorghum and millet varieties increased.

The second course of action is financing. We’re excited by the steps many countries are taking to optimize their expenditures and generate more public goods for each public dollar.

In several countries, governments have switched from subsidizing fertilizer inputs for all farmers, to targeting smallholder farmers with electronic vouchers delivered by mobile phones.

This allows governments to focus on priority groups and save millions of dollars. In Nigeria, introduction of the e-wallet program for subsidized fertilizer lowered the cost of subsidies from US$180 million to US$96 million between 2011 and 2013 and increased the number of farmers benefiting.

A similar approach could be applied to promoting the adoption of improved seeds, or incentivizing a shift to higher-value, more water-efficient and more nutritious crops.

Investing in climate-smart, well-connected agriculture can help accelerate poverty reduction across the continent.

We want to invite all policy makers, entrepreneurs, scientists and financiers to embrace the challenge of climate-adaptation of Africa’s food systems and contribute to this win-win agenda.

By pooling ideas, technology and resources, we can tackle this most fundamental of development challenges.