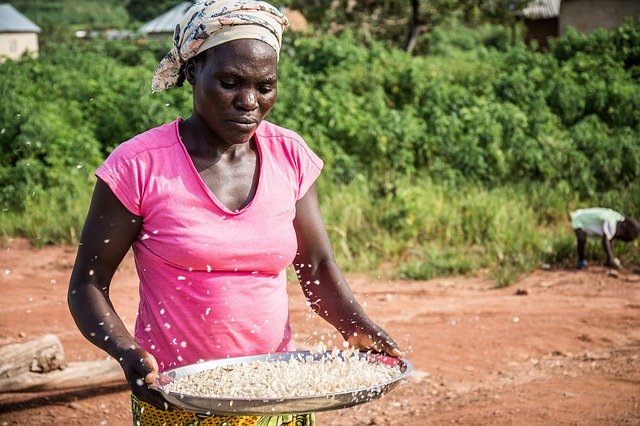 “The most important security is that of the stomach,” says Lands, Agriculture, Water, Climate and Rural Resettlement Deputy Minister Vangelis Haritatos.

“How will Zimbabwe feed its growing population? We need to transform our traditional agricultural system to a system that is run on commercial basis. Agriculture is not a way of life but agriculture is a business.”

All this came out at the National Dialogue on Agriculture and Food Systems Transformation in Zimbabwe which was held in the capital recently.

Despite all the agricultural jargon and use of technical language of the Queen’s language, the debate centred on why Zimbabwe is failing to increase agricultural production, why it remains inefficient and why there is a sharp increase in hunger when harvests fail or drought strikes.

Can Zimbabwe feed itself? What needs to be done? Why are we failing to improve agricultural production despite the existence of mountains of blue ribbon agricultural policies.

Experts who met interrogated a number of issues — giving evidence and opinions, drawing on available statistics, pouring out considerable literature and other indicators.

They all reviewed our record on food security, problems and successes of agriculture to date, future challenges and points of agreement and contention.

Zimbabwe is never short of “beautifully” crafted policies. The reports are rich in technical jargon and expertise.

In addition, we are fond of pointing out the problems but little when it comes to solutions.

This national dialogue provided a critical perspective to the debate on Zim’s agricultural and food systems transformation.

Zimbabwe’s food security depends on producing cereal crops, as well as increasing its production of fruits, vegetables and milk to meet the demands of a growing population with rising incomes.

To do so, a productive, competitive, diversified and sustainable agricultural sector will need to emerge at an accelerated pace.

Key issues addressed by the participants included the National Agriculture Policy Framework (2019-2030), the AGRINVEST Initiative, national input requirements and projections to 2025, agriculture production and value addition, farmers’ union perspectives as well as strategies to scale up the transformation of the country’s agricultural sector.

The impact of population growth and climate change on agriculture was discussed while other experts highlighted global dynamics in supply and demand of agric inputs and products.

The experts agreed that ACTION was what Zimbabwe needed to transform the sector.

“Zimbabwe must rise up and unlock its full potential to become a powerhouse in agriculture once again,” says Haritatos. “Agriculture can create jobs, spur exports and create wealth for us. We need to turn Zimbabwe into a net food exporter and this should be our major aim.

“We need dialogue on how we can move agriculture forward.”

Zimbabwe has a string of strategic frameworks to turn around its agricultural sector but a majority of these have not been implemented.

Without implementing and investing in critical agric sectors, how then can we make Zimbabwe self-sufficient, food secure and nutrition secure?

A major concern shared by experts included growing criticism made to the Zimbabwe’s investment security environment, regulatory constraints, macro-economic stability and other factors which scared investors in the agricultural sector.

Haritatos hinted that the new land policy which was being crafted would address some of the major concerns around security of investments.

“We have to get the land issue right, if we get this right, things will move,” he said. “We need greater private sector involvement in the agricultural sector.”

A participant further added that mindset change was critical to transform the country’s agricultural sector.

Dr Dumisani Kutyawo, a crop research expert, urged all stakeholders to find ways to boost horticultural production through the provision of support to smallholder farmers who are struggling to access the cold chain, to meet phyto-sanitary conditions set in export markets and the promotion of private- public sector partnerships in this sector.

He says Zimbabwe’s horticultural exports were still low and there was greater scope for expansion with the support of the new Horticultural Development Council.

He expressed disappointment over the lack of financial resources for the livestock extension services which was crippled by lack of an efficient transport system, movement control infrastructure, lack of laboratory equipment and reagents.

Dr Bothwell Makodza, a livestock expert, outlined the state of the livestock sector, pointing out the potential that exists in cattle and small ruminants production if more was done to improve stockfeed production and the consolidation of the fragmented indigenous chicken markets.

“We have a herd of 5,6 million cattle and we need to do a new census,” he says. “At present we are producing 167kg per carcass and yet we can hit 200kg or 220kg per carcass. We are producing 75 million litres of milk a year against our 130 million litres demand. We are at 60 percent and we can easily meet our national requirement if we improve our stockfeed production and other ingredients needed to improve the condition of our herd.”

He says Zimbabwe produced 20 million broiler chicks in 2018 and had a greater scope to hit about 8 million chicks per month.

The country is estimated to hold 40 million indigenous chickens which are not being fully harnessed due to a fragmented market.

“We are producing 1,5 million metric tonnes currently but we are only utilising 600 000 metric tonnes. Many farmers are now producing their own feed to cut costs,” he says.

He says Zimbabwe is not producing enough soya meal and was having to import from Zambia and Malawi. Cotton cake was also inadequate and Prof Sukume says there was need to find substitutes.

He says obsolete irrigation equipment, poor management, expensive energy and inputs and limited access to finance had affected the success of irrigation schemes.

Other experts highlighted the need to strengthen the country’s crop disease surveillance and the adoption of new technologies to boost productivity.

Participants agreed that the sector was doomed if it failed to engage women, the younger generations and the society at large around inclusive and sustainable growth.

Bringing his own perspective to the debate, Prof Mandivamba Rukuni insisted that Zimbabweans needed to create local demand to drive up agricultural production apart from relying on the export market.

He says it is imperative to invest more in all key agricultural sectors to reduce poverty and create opportunities that can improve the livelihoods of smallholder farmers.

All participants notably voiced Zimbabwe’s determination to rebuild its agricultural sector and reduce its heavy reliance on food imports.

They also called for less reliance on aid but on sound business practices, deals and investments in agriculture.

When everything was said and done, the major take-away from the dialogue was that raising productivity should to be the main engine of agricultural growth as the country moves forward.