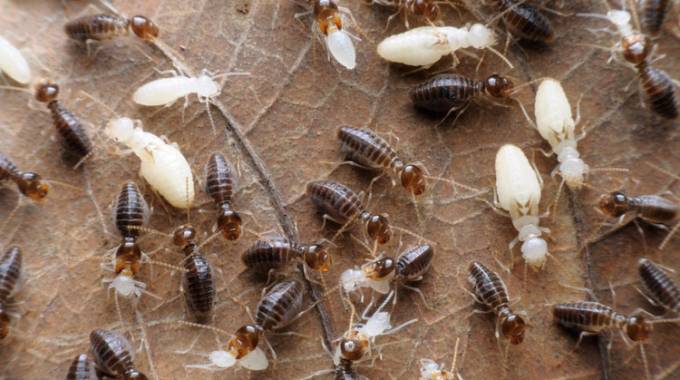 The consumption of edible insects is increasingly becoming popular among many around the world.

Insects still have that “eck” factor when one finds them on their plate, but estimates are that over two billion people around the world already consume them on a consistent basis . . . So much so that the edible insect industry is projected to be worth US$1,2 billion over the next five years.

Crispy fried beetles are a delicacy in Thailand; caterpillars are a popular snack in Sub-Saharan Africa, and grasshoppers fried in garlic are a favourite among Mexicans. Lots of Zimbabweans already eat insects, but experts contend that these creepy crawlers can do more for the economy.

Last week, Zimbabwe hosted the first African Conference on Edible Insects aimed at consolidating innovations, research and industrial development on edible insects for transformation of livelihoods in Africa. The event was organised by The Agriculture for Food Security 2030 (AgriFoSe2030), an organisation that seeks to improve the state of food security using edible insects. Its programmes contribute to sustainable escalation of agriculture and increased market access for small-holder farmers.

The conference was graced by scientists from various countries, academics, students, investors, policy-makers, communities and all interested parties in edible insect research and development, consumption and industrial utilisation.

Speaking at the conference, Chinhoyi University of Technology’s (CUT) Crop Science and Postharvest Technology patron Dr Robert Musundire, said the objective of the conference was to discuss on the opportunities arising from growing edible insects markets.

“In Zimbabwe the main commodity is the mopani worm, which makes around US$100 000 per year, which is a value chain that has developed; edible stink bug (harurwa) is an early developed market, which makes about US$300 per household, that is what they realise in terms of selling per year and we have smaller insects like the termites that play an important role in terms of income and food provision.”

Different types of edible insects are consumed in most parts of Africa. With the exciting developments and increasing interest in utilising edible insects as alternative sources of proteins, several research and development initiatives have been undertaken in Africa.

The AgriFoSe 2030 programme targets to assist smallholder based agriculture farmers in order to develop this rising edible insects market.

“AgriFoSe is already supporting smallholder farmers through provision of knowledge that has been translated from researches.

“In Chinhoyi, AgriFoSe has also supported smallholder farmers through the establishment of small markets that would be used by the small traders. It is a donation that has been given to the community, we hope going ahead it will continue to help other parts of Zimbabwe and Africa at large,” said Dr Musundire.

Mopani worm is Zimbabwe’s main export commodity, which has been going to neighbouring countries like South Africa and Botswana.

Dr Musundire pointed out that difficulties in export data collection has been a challenge and could not ascertain the actual value of exports as most of the insects have not been legally exported.

“There is still a bit of control by the Department of Plant Quarantining Services and only a few players take part in the formal exports, hence the export data collection is still a challenge. Therefore we are calling upon policy makers to help with data collection and statistics on how much is being exported by this emerging market.

“Despite the expectation that the industrial use of insects as food and animal feed would be ignited in Africa and spread to other parts of the world, and considering the long history of insect consumption and the wealth of indigenous knowledge, development of this sector has been very slow,” he said.

Many edible insect species are still collected from the bush, making production less sustainable as well as posing challenges regarding food safety standards.

Additionally, very few African governments have embraced the use of insects as food and feed, leading to a lack of and poor legislative frameworks to effectively support this emerging industry.

“Poor infrastructure, lack of investment and awareness about edible insects means that most African countries will lag behind as the rest of the world advances in utilisation of insects as a source of human food and animal proteins,” he added.

AgriFoSe specialises in raising smallholder productivity, combatting hunger and improving rural livelihoods through use of technology.

It aims to transform practices toward more efficient use of human, financial and natural resources.