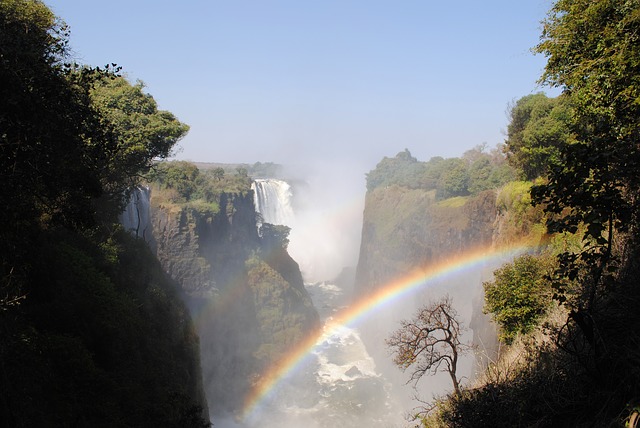 Matabeleland South receives less than 650mm of rain on average annually, a situation that has resulted in poor yields.

But at St Anna village, the farmers have dumped maize opting to focus their energies on growing a variety of “lost crops,” that are drought-tolerant and do
well in dry areas.

More importantly, most of the farmers are women, who have become self-sufficient through improved harvests.
Showcasing their produce at the 2019 Seed and Traditional Food Fair held at St Anna Village recently, the farmers said they had improved harvests by planting
drought-tolerant crops complemented by conservation agriculture.

Running under the theme, Promoting lost crop varieties and traditional foods, the event was organised by Dabane Trust and other partners such as the
International Crops Research Institute for the Semi-Arid Tropics and the Agricultural Technical and Extension Services.

One of the exhibitors, Amanda Ncube (54), from Sihayi Village in ward 9, told CITE that planting indigenous crops had turned out to be a worthwhile investment for her family.

“Crops such as sorghum have multiple uses in a household, from food for consumption to using as animal feed,” she said.

“Besides sorghum, I also grow other crops such as millet, rapoko, groundnuts such as izambane elimhlophe (white groundnuts) and congo.

“I can now take care of and feed my family, including my seven grandchildren.”

Sibikwaphi Lorraine Sibanda (44) said as a woman, she was now aware of how conservation agriculture was good for agronomic management practices, including planting drought-tolerant crops and adapted varieties.

“If you prioritise your crops, you are guaranteed of a better yield, which means more to feed on,” she said.

“This is why we are proud as a community to have our seed bank, where we store seeds in order to preserve indigenous crops and improve on post-harvest storage.”

Dabane Trust project officer Shepherd Moyo said it was pleasing to note that the community had easily adopted the use of indigenous crops since St Anna only
received rain three times a year.

“In such dryness, these crops produce more yields than hybrids. I am also pleased to note that the community has a seed bank to store supplies,” he said.

“At the end of the day we know families here will not starve but eat nutritious meals.”

The National Gene Bank, which tests farming seeds and certifies them before distribution to farmers across the country, also took part at the fair.

“We trained farmers here two years ago,” she said. “At our facility we have a lot of crop varieties, so I urge you to submit requests for the crops you need,
then we look for them, then farmers here can multiply it in your farms.”

“These are indigenous crops that people must eat and rely on,” he said. “Food from such crops improves skin elasticity, its glow, bones become stronger, hair
grows, eyes see clearer and one becomes energetic. There is no need for one to travel to India to seek medication when one eats healthily.

“Even in our homes, women complain that men perform weak sexually, yet that emanates from the food women prepare. Meals should contain traditional meals such
as amaranth, rapoko, sorghum and millet.”

“Out of 100 people, 85% are sick suffering from high blood pressure and sugar diabetes,” he said.

“For instance, take okra, it has a nutrient call iodine — an element needed for the brain to function properly.

“This is why we have iodised salt but sometimes if you test the amount of iodine from salt packaged by big brands, the iodine is little yet we have okra that
people do not eat.”

Sibanda appealed to developmental partners to assist communities with a processor and packaging material, which they could use for their harvest.

“If more processors are available and packaging options, the price of sorghum, millet or raphoko may go down,” he said.

“It is impractical to find a 5kg bag of sorghum costing more than a 10kg bag of white mealie meal.”