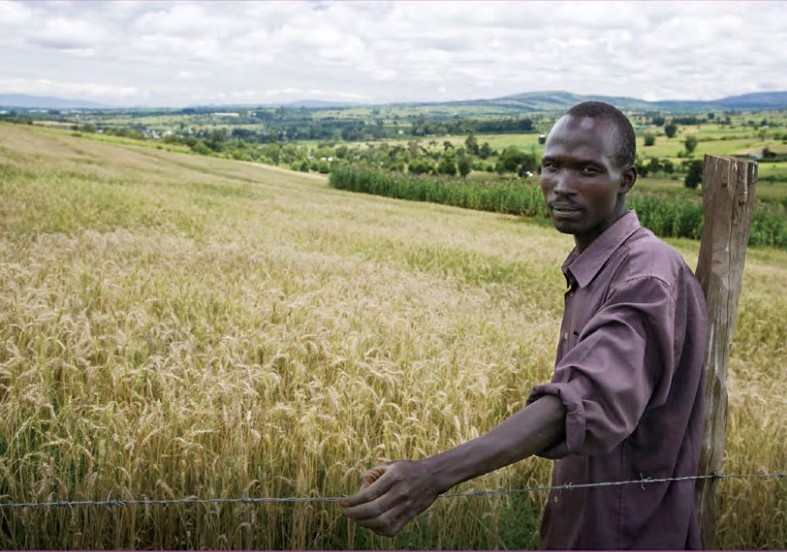 New breeding techniques can help Africa meet its food security and industrial needs while improving farmer livelihoods, according to a new report.

In particular, improved technologies have good potential to adapt traditional durum wheat varieties to all growing conditions of sub-Saharan Africa, according to a report released by the International Center for Agricultural Research in Dry Areas (ICARDA) at the International Wheat Congress in Canada.

Currently, wheat is grown on only about 2.6 million hectares of marginal lands on the continent, mostly in Ethiopia, South Africa, Sudan and about a dozen countries in sub-Saharan Africa. These areas have the growing conditions that wheat requires: low night time temperatures and warm, moist weather during early stages of growth, and sunny, dry weather in the later stages of the crop’s four-month life span. As a result of this limited production, Africa spends more than €4 billion ($4.45 billion) importing durum wheat for food every year.

Dr. Filippo Bassi, the senior scientist leading ICARDA’s Durum Wheat Breeding Program, said research done thus far shows great promise that new breeding techniques can be used to increase crop productivity. “We have used the latest molecular models to identify the most critical genomic regions controlling heat stress tolerance, and used them to further accelerate our breeding selection, so that the next 10 percent yield gain will be reached in a few years, rather than a decade,” he told Alliance for Science in an interview.

“(Our) variety release for Mauritania and Senegal shows how modern breeding methods could be used to deliver grain yields above 3 tonnes per hectare in seasons of just 92 days of length and in daytime temperatures always above 32 degrees Celsius (89.6 F),” Bassi noted.

Ongoing research with new technologies is also helping to produce improved crop varieties in a shorter time than is possible with traditional breeding methods, he said. “The use of genomic models will help us deliver the next round of superior cultivars in just a few years,” Bassi said.

“The use, for instance, of genomic selection, a concept that has been ‘brought’ to wheat by scientists of Cornell University, should allow us to accelerate our annual rate of grain yield increase from approximately 1 percent to 2 percent,” he said. “This means that the next round of great cultivars for SSA with a yield superiority of 10 percent is expected to reach the farmers before 2025, instead of waiting past 2030.”

Bassi said conscious efforts to introduce agricultural mechanization on a small scale are also critical to improving wheat production on the continent. “Mechanization and agronomy are the true keys to expansion of wheat cultivation in sub-Saharan Africa,” he observed. “Without adequate small-scale mechanization, it would be impossible to do so in large scale.”

The 20-page report also disclosed that the morphological and molecular characterization of landraces in the durum wheat variety, which began recently, has helped researchers identify several important traits, such as resistance to diseases and drought-tolerance, among others.

“Among the SDGs set by the United Nations, ‘poverty reduction’ is considered as a strategic way to tackle famine, without causing nutritional deficits due to mono-food diets. In this sense, durum wheat is at least as well-suited as bread wheat in improving livelihoods. Both aspects of durum wheat, as a ‘food security’ staple food for smallholder farmers, as well as a ‘poverty reduction’ industrial crop will be considered here,” the report said.

“All of Africa accounts for an annual import of €4.1 billion ($4.56 billion) worth of durum grain to supply the national pasta and couscous market. These are mostly imported to North Africa from Canada, USA and Turkey. North Africa already cultivates durum wheat on 2.9 million ha and the area for further expansion is limited. This opens an opportunity for sub-Saharan Africa to gain access to a €3.7 billion ($4.1 billion) annual market by filling part of the grain needs of North Africa,” the report noted.

“Harvests could be sold to those African countries with strong pasta industries and the finished semolina products would be sold all over Africa. This integrated value chain would ensure a steep increase in monetary circulation and an overall reduction in the poverty of Africa,” concluded the report, which was published jointly with the Senegalese Institute for Agricultural Research, the Ethiopian Institute for Agricultural Research and other agencies.