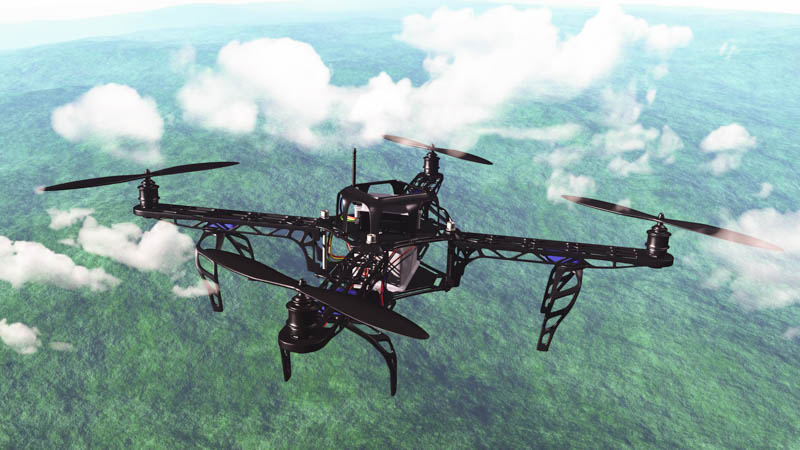 Towards the end of last year, Charis Unmanned Aerial Solutions, a company that was started by young Rwandan nationals, was demonstrating the potential of drones in driving agriculture output. The exercise took place in Gataraga Sector in Musanze District, Northern Province in the presence of central government officials and local leaders.

Helene Mukayuhi--a smallholder farmer who hails from Gataraga--would later learn, through the drone findings, that he had been using poor farming practices. She is one of the 28 model farmers who were selected for piloting the project, whose initial results have shown success.

"Together with my colleagues we have been interpreted the drone findings through photo displays that described the status of our plantations in red, yellow and blue colours,"

She particularly learnt that she had been applying a wrong mix of fertilisers, which gave her inconsistent yields. "I have been advised to also use fertilisers while removing unwanted grasses so as to multiply the produce.”

In addition to providing useful information, drones will be used in spraying gardens with pesticides among other activities.

Speaking on Friday during the launch of a research project on the viability of unmanned aerial system services in wheat and potato farming for smallholder framers, Mukayuhi and other farmers testified that thanks to drones' help they expect more produce in this planting season.

"We anticipate higher yields. When this technology was introduced, were given access to information that we never used to have and introduced to new ways of farming," said Uzziel Mbanzabugabo, a potato grower.

The 'Inspire 2' drone, designed for data collection and 'DJA AGRAS MS1', and another drone designed for spraying liquid pesticide, fertilisers and herbicides were exhibited to farmers and officials in Musanze District as the main tools that will be used in implementing the project.

https://allafrica.com/stories/201906240034.html - explains how Charis Unmanned Aerial Solutions was launched in 2014 and has so far provided a range of drone services, worth $20 million in many domains such as agriculture, construction, mining, film industry and tourism. The company operates in Rwanda, Ivory Coast and several other African countries.