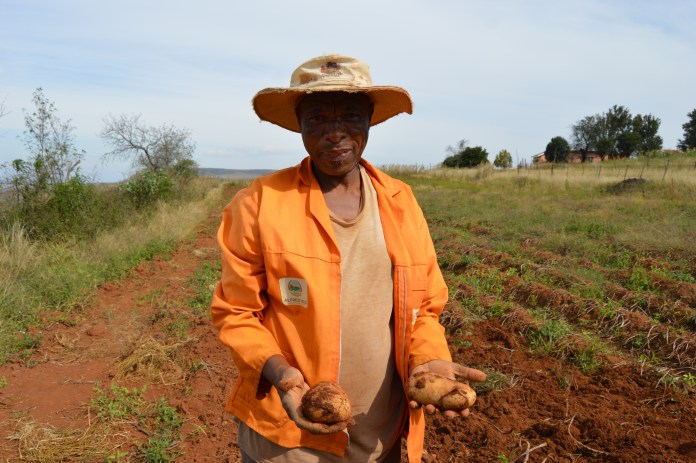 Thanks to the Abalimi Phambili Farmer Support Programme, more than 12 500 small-scale farmers in rural areas across SA have grown into successful agricultural enterprises.

In South Africa, there are approximately two million small-scale or household farmers. Most of these farmers are in rural areas and are isolated from key markets and services considered essential for developing successful agricultural enterprises.

Parsons explains that the programme was started after they recognised the challenges faced by small-scale farmers. These challenges usually vary from unsustainable farming practices, poor infrastructure, access to markets and credit, as well as the effects of climate change, amongst others.

According to John Flanagan, who manages the Agricultural economics unit at APP, the programme works like this: qualified agricultural facilitators and farmers with years of experience are deployed into the farming communities of KwaZulu-Natal, Eastern Cape, Mpumalanga and Limpopo. The facilitators provide the farmers with technical training and help them access suppliers and buyers. Facilitators are also supported by regional agricultural managers, who range from horticulturists, agricultural economists, engineers, and skilled community development practitioners.

“They assist in terms of training resources, trouble shooting, negotiation of markets and management of local department and government relations,” says Flanagan.

The APP was implemented by the Lima Rural Development Foundation, a non-government organisation (NGO) established in 1989.

The foundation was founded in response to the needs of South Africa’s disadvantaged farmers and seeks to develop people in resource-scarce parts of Mzansi. Lima’s projects include agriculture, construction and engineering, education, food security, social development and land reform.

Managing director of Lima, Duncan Stewart, says the development of communities is the central focus of the 30-year-old foundation. “We want to help transform the agricultural sector and raise the level of black economic empowerment,” Stewart explains.

PART OF LIMA’S MISSION IS TO EMPOWER DISADVANTAGED FARMERS, WHO ARE NOT LINKED WITH THE APPROPRIATE MARKETS TO GROW THEIR BUSINESS. THIS IS USUALLY BECAUSE OF WHERE THEY ARE LOCATED.

Stewart says APP has grown into quite a sophisticated programme that is all donor funded. “We have 15 donors that provide farmers with access to finance, typically in the form of micro-loans.” Stewart adds.

According to the foundation’s website, Lima’s credit loan division, which is a fully functional sub-division of their smallholder support programme, has approved R11 million worth of loans to 557 farmers and 3 agri-hubs between 2017 and 2018.

The Lima team approaches donors on a regular basis and although donors normally fund a programme for a three-year period, they’ve been able to sustain some districts for a period of 15 years. This is thanks to generous donations from mining houses, local municipalities and other private sector investors. They have also enjoyed financial support from The Jobs Fund, as well as numerous co-funders such as RCL Foods, Eskom, and the European Union.

“The aim is to have a long-term presence within these communities. and we look forward to helping more small-scale farmers reach their full potential,” says Stewart.