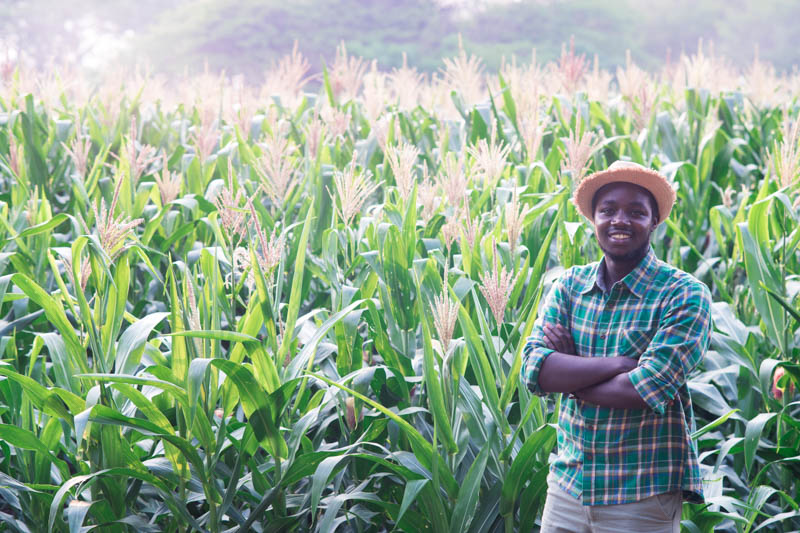 This commentary is by Stephen Leslie, who along with his wife Kerry Gawalt and daughter Maeve manages Cedar Mountain Farm, a Fjord horse-powered CSA market garden and Jersey cow dairy located at Cobb Hill Co-Housing in Hartland. He is the author of “The New Horse-Powered Farm” and “Horse-Powered Farming for the 21st Century,” both from Chelsea Green Publishing.

Small farmers everywhere are under economic siege. There are global forces allied against the small-scale producer. These multi-national conglomerates know no borders, retain no regional loyalties, and uphold no ethical standards beyond the increase of the corporate bottom line.

In the face of these Goliaths, we the small farmers, even as we strive to rebuild local food systems and local economies, need to stand in solidarity with farmers of every land. At our own peril do we turn a blind eye to the displacement of whole farming villages in China to make way for new plastics factories to supply our Walmarts. At our peril do we ignore the plight of beleaguered cotton farmers in India driven to suicide so that their starving families can collect a compensation check. At our peril do we ignore the anguish of Mayan farmers in Chiapas who are forced at gunpoint by narco-trafficantes to sow marijuana in their fields instead of their sacred seeds of corn, squash and beans. At our own peril do we distance ourselves from the farmers laboring under the shadow of leaking cooling towers in northern Japan. We need to stand with them and with each other and continue to fight for and believe in a better way.

Our governments must do more now to help small farmers everywhere stay on their own land. International development aid should stop trying to integrate subsistence farmers into the world market of free trade by coercing them to grow and export monoculture crops and focus instead on helping them build local self-reliant economies based on diversified farming, grazing and sivilculture systems.

Can we feed our families and our local communities and at the same time nourish the soil and carefully steward a working landscape? Foster an environment that leaves space for wild nature? On the other side of those supermarket shelves there is a world of pain being inflicted on land and animals and farmworkers in order to deliver our cheap food. In North America the average household spends 10% of its earnings on food. In Asia and Africa the amount is 60% or more. In this country, the farmer receives just 16% of every dollar spent on food crops. But even here, the era of cheap food is swiftly drawing to a close.

The United Nations has projected that in 2100 we will have 300 million environmental refugees from sea level rise on the planet. How many millions more will be displaced by drought, flooding, famine and war? These displaced people will pour into the global north, fleeing food shortages sparked by abrupt climate change. When people can no longer find sustainable conditions in which to live, they will migrate. There are biological imperatives that are much older and even more insistent than those imposed by the geographical/political borders of nation states. Climate change is already impacting the amount of food available. The unrest that rocked the capitals of the Arab-speaking world cannot be separated from the wheat export shortages that year in Russia and Australia caused by extreme drought and rain events respectively. The military regimes that are toppling have been propped up by the developed nation’s insatiable thirst for oil. Carbon emissions from these same oil-consuming countries are principal drivers of the climate catastrophe. The people fleeing the highlands of Central America are being driven from their ancestral homelands by six years of relentless droughts. Coffee growers are losing their trees to a fungus moving up the mountainsides as the climate warms.

Everything on this planet is connected and every action must come full circle. Small farmers everywhere are planting the seeds of hope for a regenerative world. In the future true food security will be founded on a return to human-scale farming communities. It may take some time to convince young North Americans to pocket their phones and return to farming. It will take time to re-skill our citizenry as well. Absorption of climate change refugee populations will no doubt place severe strains on host nations. However, many of the displaced people coming from the middle latitudes already possess agricultural skills and a work ethic and value system that honors the opportunity and security inherent with access to arable land. For instance, here in New England many of the so-called “boat people,” the Hmong of Cambodia, have been successful as market gardeners catering to the rising demand for locally grown fresh produce.

Until we are able to stand fully aware in this present moment — how shall we dare dream of a future in which humanity collectively undertakes the repair and restoration of Earth and rejoins all creation in a communion of conscious co-evolution?

If we turn away from the suffering and despair of Earth’s children — our sisters and brothers and relatives of every species and kind — then how shall we continue to appreciate her beauty? If we do not allow ourselves to grieve for all that is being lost — how can our hearts remain open to receive the stability of her love? The constancy of her forgiveness?

VTDigger is underwritten by:
When we have the courage to live in this present moment we are then grounded enough to take a wise course of action. We see the river of life in its totality. Accept whatever is presented to us. Understand it as useful. Reject nothing and no one. Step aside enough to let the seer of earth place a hand on the tiller.

Everything at hand comes from the source and returns.

The reasonable outcome of seeing reality from this broader perspective is to recognize that any viable solutions, innovations and adaptations to the climate crisis must happen on a planetary scale.

Imagine the Green New Deal implemented globally? Once you begin to realize that you are one with all living beings — what else makes sense?

The original New Deal had many flaws and built-in inequities along economic and racial divides. But it was the closest we’ve come to a successful democratic populist revolution in this country — and offers an actual template to build on. Especially if we consider how the New Deal sought to guarantee that any farmer willing to apply themselves to the work of tending the land would be guaranteed a living wage income. Imagine a world where farming is supported by society in the same way we currently support firefighters, police, first responders, and the military? A society in which the health of soil and the sanctity of biodiversity are considered by the collective to be the only true sources of wealth.

Isn’t it strange how the Green New Deal is characterized as Venezuelan-style socialism by the right and incremental capitalism by some on the left. I deplore incrementalism, but see the Green New Deal as still an open book waiting to be written. Historian Howard Zinn rightly points out that FDR prevented a genuine populist revolution in the U.S. by implementing the democratic socialist policies of the New Deal. Yet, a lot of good came out of those initiatives; Social Security, bank regulation and insurance, soil conservation and crop insurance, agriculture bettered through parity price supports and supply management, and millions lifted out of abject poverty through employment on public works projects. There once was a time when the U.S. had the makings of a progressive nation.

At this juncture, the regenerative agriculture movement must have a voice in helping to shape the Green New Deal. Farmers and farm advocates need to make clear to urban progressives (who are often not particularly agriculturally literate) just how crucial regenerative agriculture and forestry are to sequestering carbon, and to shaping a resilient re-localized economy. The farming and forestry sectors must be insulated from the ravages of unfettered capitalism. They are too vital, too fundamental to human existence, to be forever at the mercy the short-sighted tyrannies of efficiency and profitability.

True climate justice should entail a just transition for every species. When viewed through the lenses of deep ecology — the Green New Deal can’t simply aim to rescue our economy — it must aim to repair and restore our living world.