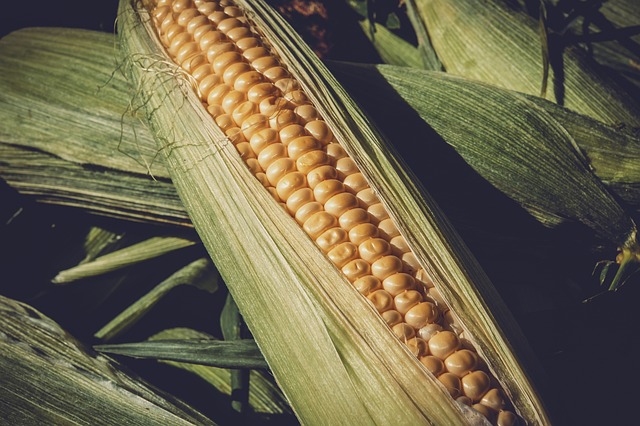 FOOD waste and spoilage is one of the most overlooked issue among smallholder farmers in Zimbabwe.

Most smallholder farmers still lack basic knowledge about the issues of post-harvest losses and how to tackle them.

Support to enhance their post-harvest management capacity is still largely lacking and this has led to huge losses and widespread food insecurity among smallholder farming communities.

According to research findings by the University of Zimbabwe Department of Soil Science and Agricultural Engineering, Zimbabwe has an average maize postharvest loss of about 18,5 percent, roughly worth about $259 per tonne while for sorghum, the figure is pegged at 12,5 percent which translates to a loss of $175 per tonne.

The postharvest losses are mainly due to destruction during storage by insects and pests.

Head of UZ Department of Soil Science and Agricultural Engineering, Prof Brighton Mvumi said the loss of harvested maize and other crops can be qualitative – a physical reduction in the marketable volume which can be easily measured or qualitative – losses due to deterioration of nutritional quality, safety or grade.

“The qualitative loss is hardly ever reported and this is what matters most because it then makes it difficult to address challenges pertaining to nutritional food insecurity among our local smallholder farming communities,” he said at a Grain Postharvest Stakeholder Learning Fora which was held recently in Mbire and Guruve districts, north of the country.

“It’s a loss that must concern everyone. For example, the levels of qualitative losses due to aflatoxin contamination, although not reported, have dire long-term effects on health.”

Postharvest food losses are still unacceptably high across the country and UZ agricultural experts say this is largely due to poor handling and storage practices by smallholder farmers, as well as a variety of weather and pest related factors.

They say the effects of these losses can have devastating impacts on food security, nutrition and hunger at household and national level.

“The quality of food you consume matters and you need to have a balanced diet for good health. Our main concern is that there is still lack of awareness among smallholder farmers about this. We need to do more to promote issues around food and nutritional security.”

Mbire District is one of the food – insecure regions in the country and crop losses at the farm level not only reduced available food for family consumption but directly affected smallholders’ livelihoods.

Food insecurity and extreme poverty are extremely worrying and could derail the shaping of the country’s 2030 development agenda.

As a result, the country will import 800 000 tonnes of maize to augment its grain staple requirements.

Zimbabwe requires 1,8 million tonnes of grain for both human and livestock consumption a year and the 800 000 tonnes is expected to cover the gap. Up to 18,5 percent of the country’s expected harvest this season will be lost largely due to poor postharvest handling methods.

These losses can translate to millions of dollars, worth of grain imports.

Postharvest losses reduce the income of the most vulnerable households in the country’s drought prone regions.

To address the problem of postharvest losses, the UZ Department of Soil Science and Agricultural Engineering carried a four-year research to determine the efficacy hermetic bags as a possible grain storage technology in Mbire and Guruve districts.

“We have been conducting research together with local communities here in Mbire and Guruve to try and boost food security,” said Prof Mvumi.

“This has wider benefits for local communities in terms food and nutritional security and reduction of household conflicts.”

Many of the interventions in post-harvest storage and management have been promoted in Zimbabwe with limited success for smallholder farmers.

Over the years, most smallholder farmers relied heavily on phosphine fumigants to store their grain, something which has had serious health and environmental risks.

“The use of chemical fumigants is costly and dangerous to humans. Most farmers cannot afford fumigants and our research has concluded that promoting the uptake of hermetic bags could be the answer to reducing postharvest losses,” said Prof Mvumi.

Hermetic bags are airtight bags that prevent air or water from getting into the grain stored in them. The bags preserve the contents while restricting the existence of cereal pests by depleting oxygen supply levels and producing carbon dioxide.

These bags are considered practical and cost effective at approximately US$1,50 on the market in Zimbabwe.

“This is a better method for us. I participated in the four year UZ research and I’m seeing the benefits of using hermetic storage bags,” said Cecilia Zuze of Ward 15 in Mbire District.

However, most farmers said they still had challenges of rodents and poor access to hermetic bags to help store their grain.

Zimbabwe needs efficiencies of all sorts in the agriculture value chains to boost food production and maximise the inputs for growing food as well as to drastically reduce the amount that goes to waste.

Every 1 percent reduction in post-harvest losses leads to $40 million in output gains, with farmers as key beneficiaries, according to the World Bank.

According to the Food and Agriculture Organisation of the United Nations (FAO), 30 percent of food produced for human consumption is lost or wasted along the supply chain every year.

Experts say this translates to about 1.3 billion metric tons of food that doesn’t reach the consumer.

In Africa, the losses are estimated at between 30 percent and 50 percent. They mainly occur downstream, between the production and retail stages of the supply chain.

Fruit and vegetable losses are estimated to be 50 percent or more.

All this is attributed to poor harvest practices and poor handling.

Prof Mvumi said Zimbabwe needs to aggressively promote the uptake of hermetic grain storage bags to minimise postharvest losses and improve the livelihoods of the majority of smallholder farmers who rely on agriculture for survival.

The hermetic grain storage bags that cut off oxygen to weevils and other pests are proving useful for hundreds of farmers who have adopted the technology to reduce postharvest losses.

The hermetic storage system can safely preserve grains and wipe out insects inside within just 10 days of storage. The bags can be reused for up to three years, helping to cut costs for farmers.

This low cost technology should be promoted through the media and various other local edutainment platforms and research-based agricultural program in various parts of the country.

When smallholder farmers are provided with free, accessible and easily understood information about hermetic storage bags, they can adopt it and increase their productivity, incomes and food security.

Promoting partnerships between local communities, universities and the private sector is vital in reducing post-harvest losses.

“We have to bring in the concept of business in agriculture,” said Bhubhinder Singh, an official of AgroZ, which supplied the hermetic bags for the UZ research.

“Farming is business and you must take it seriously and use low cost technologies that leave you with money. Hermetic storage bags guarantee you food safety, good health and savings on money you could otherwise have spent on chemical fumigants.

“Our partnerships with the UZ is bearing fruits and we are ready to supply you with the bags.”

In Zimbabwe, hermetic storage bags are now supplied by AgroZ and GrainPro.

“One in three season, we have a drought here in Zimbabwe,” said Joseph Gondo, principal director of the Department of Crop and Livestock.

“We are experiencing this and we need to save our crops against losses. Farmers must adopt these low cost technologies we have approved after successful results by the UZ team.

“We value partnerships and all this compliments Government’s thrust to improve food security.”