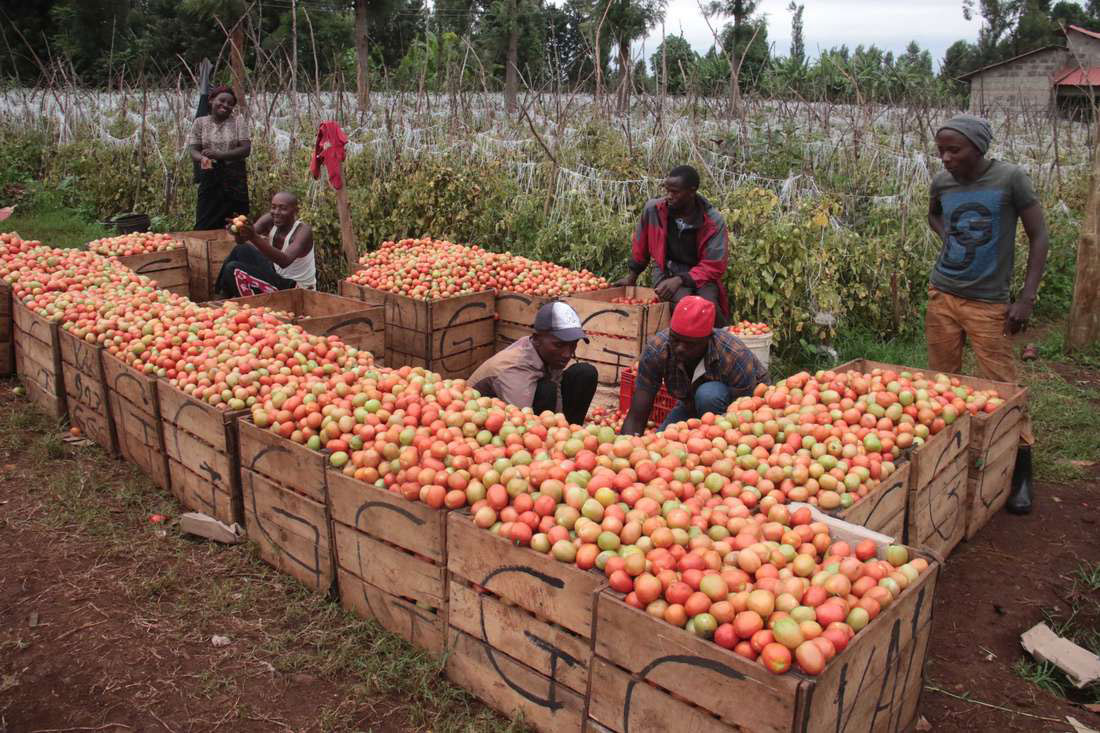 s a farmer of French beans, Josphat Mutisya has on several occasions had to contend with losses. The small-scale farmer from Kabaa, Machakos County, is an exporter of French beans, but sometimes he has failed to meet the international food safety standards on pests and diseases.

For his produce to qualify for export, it must have a pest and disease tolerance of between zero and five per cent rust and between zero and five per cent anthracnose. During an interview at his farm he said: “When they (horticultural exporters) find that they are contaminated, they just dump the produce and we are not paid.” He added: “Sometimes they can give us credit notes to cater for the cost of transportation and other costs when they find that they cannot export your product.” During one of the occasions, he was told that his French beans had E. coli and could not be exported. He fears that one day he will not be able to farm for lack of clean water for irrigation.

But, he is not alone, thousands of smallholder farmers in Kenya cannot export their produce and sometimes it cannot be sold locally because of contamination, diseases and pests.

According to Agriculture Principal Secretary Hamadi Boga, lack of good agricultural practices and improper handling of food is not only hindering numerous farmers from accessing the international market, but also leads to massive loss of food. This is despite the fact that millions of Kenyans are food insecure. In a recent report, the Food and Agriculture Organisation (FAO) said at least 14 per cent of all food around the world is lost before it can be retailed.

Speaking during the recent GlobalG. A. P event at Kenya Agricultural and Livestock Research Organisation headquarters in Nairobi, Prof Boga said good agricultural practices, which include prevention of pests, proper packaging and handling of agricultural produce, are requisite if farmers need to export their produce and prevent food wastage.

The event brought together over 500 industry players in the crop sector dealing in production and export of fruits, vegetables, herbs, nuts and related sub-sectors. “Poor packaging brings about 30 per cent food loss,” said Prof Boga, adding that some of the most affected were tomatoes and potatoes.

It is common to find potatoes overloaded in gunny bags or tomatoes spilling over in crates, and or crammed in pickups or lorries for transportation. As a result, a good percentage of the produce rots before getting to the market. “Traders will have to raise their standards because they lose and the farmers also lose. They need good practices to improve the enterprise,” said Prof Boga.

Kenyan farmers, he said, would need help to be able to adhere to the standards not only for the international market, but also for local consumption. “The reason we cannot export fresh avocado to China is because of pests. If we export fresh produce, the pest will spread to China,” he said.