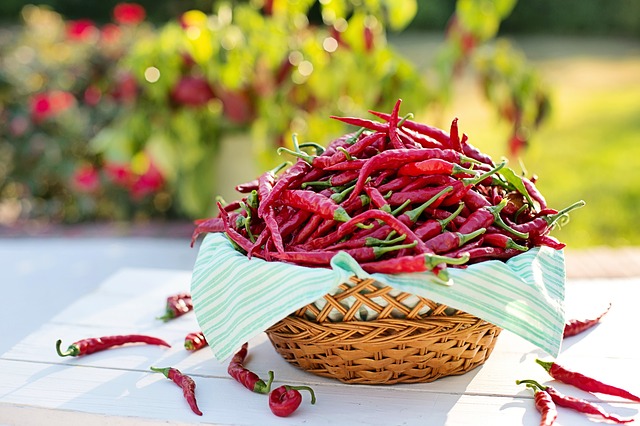 Growing global demand for spices presents an opportunity for local producers to increase exports of chilli pepper to the world market.

Given the suitable and large land area available for production, local farmers have the capacity to produce enough supplies that will increase the country’s share of the global market.

According to Trade Map, in 2018, the global market for chillies was worth US$5,6 billion.

Demand is forecast to continue growing.

Further, there is increasing demand in Europe for healthier food additives to make spice oils and natural colouring agents, and the market has grown to US$3,2 billion in 2018 in Europe alone.

The United States of America, whose import bill for chilli peppers stood at US$1,6 billion in 2018, is currently the largest export market for chilli peppers and presents opportunities for value-added products such as chilli sauce and powder.

However, although Zimbabwe has good soils and climate that favour production of a variety of chilli peppers, its share of global market is very low.

Zimbabwe currently exports chillies to the United Kingdom and Finland, but has potential to diversify into other markets like Botswana, Netherlands and Poland.

While the country is lagging behind in producing and exporting chilli peppers, other African countries such as Morocco, Uganda and Kenya, are doing well in Europe and other world markets.

According to the Netherlands-based Centre for the Promotion of Imports from Developing Countries (CBI), the import of fresh chilli peppers from developing countries to Europe has increased from an average 40 000 tonnes in 2015 to 45 000 tonnes in 2017.

Morocco was the leading non-European supplier of chilli peppers in 2017, while countries such as Uganda and Kenya are increasing their share of the European market.

The success of these countries is largely backed by their production sizes, as buyers in the European market favour larger producers, which guarantees uninterrupted supply.

Thus, local farmers in Zimbabwe could leverage on the vast land resources and good soils to increase their production capacities sustainably.

The most popular chilli pepper — bird’s eye — is not difficult to grow.

It can be grown in open fields, greenhouses, under shade nets, in pots, in containers and even in back yards.

In addition, fresh chillies that are organically grown in Zimbabwe can be competitive on the export market as more people are increasingly paying attention to healthy eating.

This allows a smallholder farmer, whose capacity is small, to combine produce with others and so contribute enough to export figures.

CBI notes that: “Because the demand for chilli peppers is stable, you can expect the market to respond strongly to changes in supply, and being able to supply the right variety is crucial.”

Going forward, local farmers should maximise on potential presented by the European markets to grow varieties that are in demand.

To achieve this desired crop, ZimTrade, the national trade development organisation, offers support to farmers in the form of technical advice to ensure conformity to production standards and placement of appropriate infrastructure required to store and pack fresh fruit and vegetables.

Working with European experts from Netherlands-based PUM and SES of Germany, local farmers can grow the right crop that will be competitive on the global market.

It is important for farmers to meet market access requirements.

These include regulatory and other compliance issues governing the trade of agricultural produce.

ZimTrade, under the European Union-funded Trade Comm II, is implementing a programme that will strengthen the capacity and competitiveness of small-scale horticultural farmers, including those that are growing chilli peppers.

The specific aim of the programme is to capacitate farmers on market access and value-chain compliance requirements.

Producers and exporters of chilli peppers, who comply with certification schemes that are in line with the Global Social Compliance Programme, have a higher chance of being accepted by European supermarkets.

In exporting fresh chilli peppers, local sector players must comply with certification such as Global GAP.

Exporters also need social and environmental compliance to access some of the European markets.

ZimTrade can also assist local farmers and exporters in areas such as packaging and labelling as different markets have different product expectations.

For example, European chilli pepper buyers indicate that when packaged, the product must be uniform and of the same variety and size.

To meet potential buyers, ZimTrade also facilitates for local exporters to take part in specialised trade fairs, where they will expose their products to the export market.

In 2018, local companies took part in the Fruit Logistica in Berlin, Germany, which is the world’s leading international trade fair for the fruit and vegetable industry.